Ron is a Bencher for the Law Society of Alberta. Ron has been recognized in the peer-reviewed list, Best Lawyers for the last several years in the areas of real estate law and commercial leasing law. Ron has instructed bar admission courses on commercial and real estate law and presented seminars on commercial leasing for the Legal Education Society of Alberta and to industry.  He is a past chair of the CBA Commercial Property and Leasing subsection, and for several years presented case reports and summaries at the CBA meetings.  Ron volunteers as Civil Claims Duty Counsel through Pro Bono Law Alberta. Ron provides ongoing pro bono counsel for several community, educational, and athletic associations and has been involved in several pro bono human rights cases.

For several years, Ron has been a weekly driver volunteer for Meals on Wheels; an active member and contributor to the YMCA; an active participant and leader contributor to the United Way; a volunteer at the Food Bank; and a supporter and participator in Habitat for Humanity builds. Ron is a past chair of the Edmonton United Jewish Appeal Campaign and a board member of Our Parents' Home, and The Dianne and Irving Kipnes Foundation. 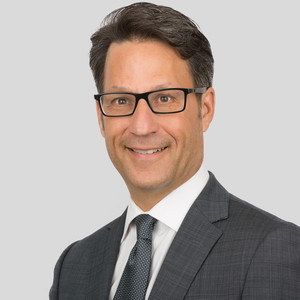