The Honourable L.S. Tony Mandamin, retired Judge of the Federal Court, Trial Division, joined Witten as Counsel. Tony has extensive experience in Indigenous law and Aboriginal issues.  Tony graduated from the University of Alberta, Faculty of Law, earning his LLB in 1982.  He was called to the Bar in 1983 and established the first Indigenous law firm in Alberta in 1985, representing First Nations, Indigenous organizations, and Treaty and Metis individuals.

Before being appointed to the Bench, Tony was lead counsel in numerous significant Indigenous Law cases, including to the Supreme Court of Canada.

Tony was appointed a Provincial Court Judge in 1999, sitting in the Calgary and area criminal courts.  He assisted the Tsuu T’ina in establishing the Tsuu T’ina Peacemaking Court and worked to involve Blackfoot Askapiimohkiiks traditional mediation as an integral part of the process in the Siksika Provincial Court.  Tony was appointed to the Federal Court in 2007.  He sat on numerous landmark decisions, and also chaired a committee of judges, Indigenous lawyers, CBA Aboriginal law practitioners and Department of Justice lawyers in developing the Federal Court Aboriginal Law Practice Guidelines to assist practitioners who had Aboriginal issues before the Court.

Amongst his many other achievements Tony was awarded a Doctor of Laws Honoris Causa by the Law Society of Ontario in 2017. 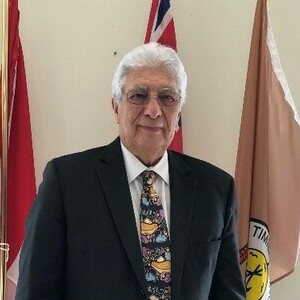