Liam is a commercial litigator who has a general civil litigation practice with a focus on commercial lease enforcement and real estate litigation. Liam is an active practitioner who loves to advocate for his clients. He is guided by his belief that advocacy for his clients should always be considering resolution while actively pursuing legal remedies. Liam has appeared at all levels of Court in Alberta and before a number of quasi-judicial tribunals.

Liam believes in giving back to the community and has volunteered at Metro Continuing Education since 2012 to teach Law for the Layperson: Being a Residential Landlord. Liam is the Chair of the Strathcona County Subdivision and Development Appeal Board and has been a member of the Board since 2018 either as Vice-Chair or Chair.

Liam enjoys teaching and has co-taught Advocacy 608 at the University of Alberta Law School since 2018. He enjoys helping the next generation of litigators feel confident in their advocacy skills. He is also a regular speaker on commercial lease enforcement for the Builder’s Owners Management Association.

Outside of his legal practice, Liam is an active member of his community. He re-wrote the Conduct Policies and complaint process for the Sherwood Park Minor Hockey Association, ensuring that safety of the players and a recognition of the importance of diversity were foundational requirements for players, coaches and parents.

Liam is a serial hobbyist, refusing to sit still except when learning about a new interest (just ask him about vintage sewing machines, vintage motorcycles, brewing beer, dehydrating food, camping, fishing… the list doesn’t end). Liam is a family man who loves spending time with his wife, kids, enormous cat and comedic dog. 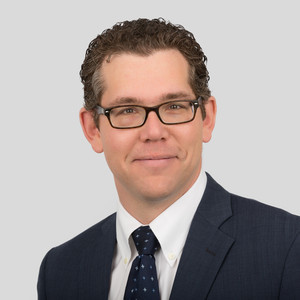