Justine enjoys complex litigation and practices primarily in the areas of civil litigation, employment law and Indigenous law. She has represented clients at all levels of court in Alberta, the Federal Court of Canada, the Supreme Court of Canada and various administrative boards and tribunals.

Justine is the vice-president of the Fédération des parents francophones de l’Alberta, a board member of Centre d’expérience préscolaire et parascolaire and École Enfantine, a past director of the Association des juristes d’expression française de l’Alberta and a past member of the executive of the CBA’s Constitutional and Human Rights section. Justine has also volunteered as a judge, practice round judge or acted as coach for the Laskin and Bastarache moot court competitions.

Outside of work and volunteering, Justine enjoys cycling, curling and baking, though most of her time is spent chasing after her three kids. 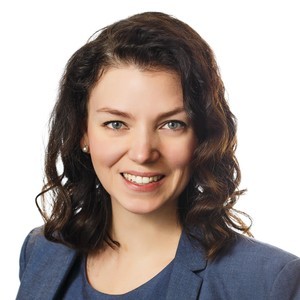