Kate is a litigator practicing in the areas of civil litigation and debt recovery and realization. Kate has appeared at all levels of Court in Alberta and has been noted on a number of written decisions. She was called to the Alberta Bar in 2017 and is a member of the Law Society of Alberta, the Edmonton Bar Association, and the Canadian Bar Association, as well as the Edmonton chapter of the Business and Professional Women’s Club of Canada and sits on its Mentorship Committee.  Kate has volunteered with Civil Claims Duty Counsel at the Provincial Court of Alberta, the AMICUS Court Assistance Program at the Alberta Court of Queen’s Bench, and various child literacy and library support initiatives in the greater Edmonton area.

Kate is a former elite athlete who has represented Team Canada as a member of the U18, U19, U21 and FISU Universiade Games women’s basketball teams. Kate completed her undergraduate studies while on a varsity basketball scholarship to Simon Fraser University in Burnaby, B.C., earning a Bachelor of Arts in English in 2011 and winning three national championships in the process. She then went on to obtain her Masters of Business Management from the University of British Columbia in 2012, followed by her Juris Doctor from the University of Alberta in 2016. During law school, Kate competed on (and won multiple inter-faculty championships with) a number of law faculty sports teams, including the Panda Bearristers women’s rugby team, the Law & Basketball women’s and co-ed basketball teams, and the TORToises swim team. Kate was also selected to compete in the national Wilson Moot in Toronto in 2015, where she and her teammates were awarded the prize for best factum.

When she is not litigating, Kate can usually be found either at the gym, out touring with her husband on their (almost) matching Harley Davidson motorcycles, or at home in the yard with their two dogs. 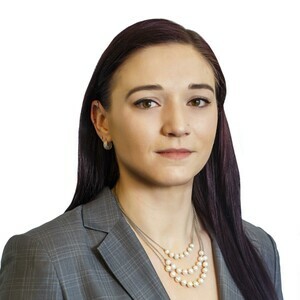